← more from
Warm Winters Ltd.
Get fresh music recommendations delivered to your inbox every Friday.
We've updated our Terms of Use. You can review the changes here. 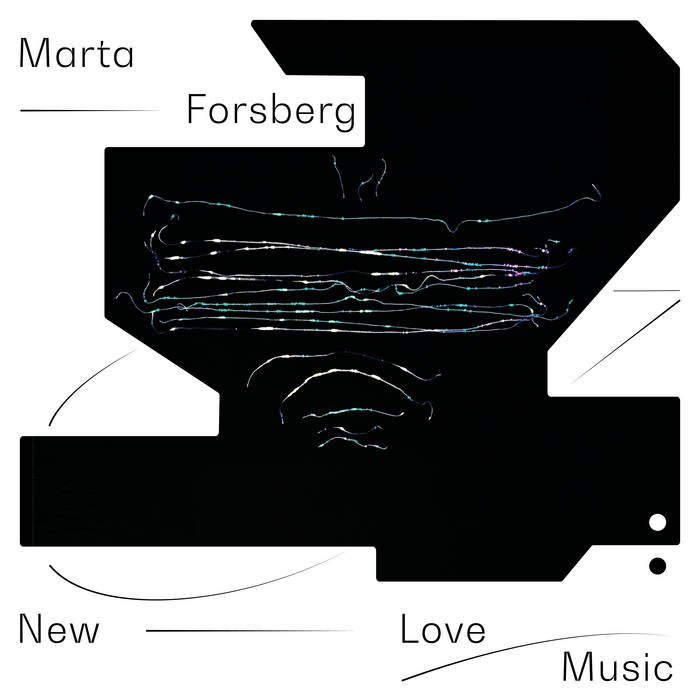 Joe Borreson This music Marta created, holds stillness and space just as much as it holds notes and chords, and it is in those spaces between notes that captured my attention so much. This music requires some patience and is for everyone, but I find it gorgeous. Especially when everything finally comes together on the last track, "music" with a choirs wordless vocals taking the chord changes and melody all the way to the climactic ending. Favorite track: Music.

Jakub Knera The composition swells, from simple phrases to more and more complex elements, which is highlighted by the following parts: "New" with zither only, "Love" with zither and sine waves, and "Music," in which the choir joins the previous two. In the finale, the resonance thickens and the voices, previously dosed sparingly, grow in the form of a delicate crescendo, emotionally crowning the suite.

Jeff Haight The moments of stillness and space are just as emotive as the gorgeous instrumentation. This is a genuinely breathtaking listen and one of my favorites in 2020. Especially on headphones the sounds slowly reveal themselves, building into an enveloping and inviting world. Mesmerizing! Favorite track: Music.

wc_helmets A lovely, fascinating work of quietness and space in which the payoff and last 5 minutes are some of the most gorgeous music I've heard all year. Get lost in this. Favorite track: New Love Music (Continuous Mix).

New Love Music is Marta Forsberg’s newest work, a composition for sine waves, zither and a choir. Originally written and performed as an installation piece for electronics and LED lights (with performances across Europe and in Japan), Marta Forsberg reworked the piece and is now sharing it on Warm Winters Ltd., divided into three movements - New/Love/Music.

Composed using sine waves, sampled zither and recordings of a choir, New Love Music is an exploration of the absence of sound, the simple nature of sine waves, the fullness of the zither, and the warmth of human voices. It unravels slowly, and is “a practice of waiting and listening” even for Marta Forsberg.

This minimalist piece is best understood within the context of installation art and audiovisual performance. While it’s hard to replicate the intended environment with just the audio recording, included with the cassette is a light score with a timeline of the piece. This enables the listener to trigger a light source of their choosing while listening to the piece, thus becoming an integral part of the audiovisual performance.

Marta Forsberg is a Swedish-Polish composer, sound artist and musician working in the field of installation art and electronic music. She has released albums on Havtorn Records and Holy Geometry and contributed to releases on XKatedral, Hyperdelia and Fylkingen. Her work has been performed at festivals and concerts in Sweden, Germany, Italy, Japan, Denmark, England, China, Malaysia, Thailand or Poland, and her practice spans across sounds design, composition for ensembles, music for dance, or sound and light installations.

Closely tied to the scene in Stockholm where she studied Electroacoustic composition at the Royal College of Music, Marta Forsberg frequently collaborates with Ellen Arkbro, Kali Malone, Maria W Horn or David Granström, as well as members of Berlin-based collectives like Slip or Hyperdelia.

"New Love Music is a remarkably malleable composition. The stark beauty of the piece is strong enough to translate to headphones, and the sparser moments have the weird effect of making you more keenly aware of the background noise of the environment you’re listening in as well as the music itself." - The Quietus, Spool's Out cassette column

"...meditative music that slowly unfolds and shows its beauty. It is music that is more like a state than a movement." - Dagens Nyheter

"Marta Forsberg is building an epic, slowly swelling cosmos of zither, choir and sine tones... What began as a sound installation turns out to be immersive even without a light show." - Das Filter

"A terrifically beautiful release... a fascinating piece of music." - Bandcloud

Marta Forsberg is a Swedish-Polish composer, sound artist and musician working in the field of installation art and electronic music.

Bandcamp Daily  your guide to the world of Bandcamp

Mille Petrozza stops by to talk about the new Kreator album, plus music by Trauma Bond